It’s Time to Stop Ignoring the Bully in the Room 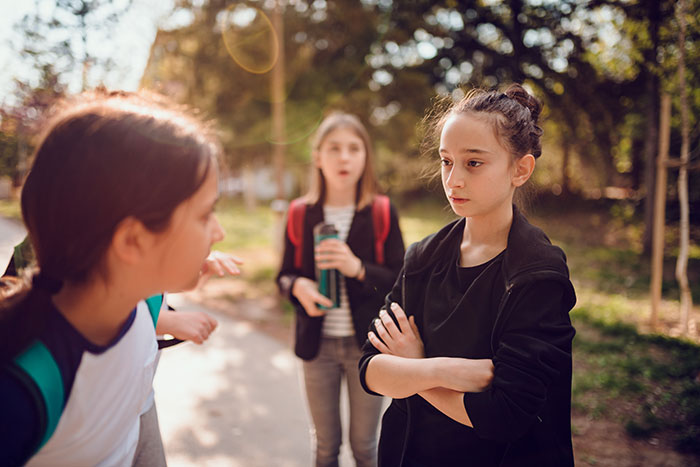 Bullying Recovery Resource Center focuses on the bullying of school-aged children.  That is where our expertise lies and that is where we can make the biggest impact and changes.

The fact of the matter is that bullies are everywhere.  They reside in companies, families, colleges, board rooms, and in our political system.  No matter where they do their dirty work, their mission is the same.  Barbara Coloroso, internationally recognized speaker, author, and bullying expert informs us that “bullying is a conscious, willful, deliberate activity intended to harm, induce fear through threat of further aggression, and also to create terror in the target.”  Bullying always includes an imbalance of power, the intent to harm, and a threat of further aggression.  An additional element occurs when it is unabated and that is terror.  A bully that reaps no consequences and can reach the point of inducing terror on his or her target(s) comes to a point where they can act without fear of recrimination or retaliation.  This should send chills down our spine.

Bullying is not about disagreements, anger or conflict.  Bullying is about contempt where the perpetrator has intense feelings of dislike toward somebody or a group whom they consider to be worthless, inferior, or undeserving of respect.  Bullying is not innate, but rather a learned behavior. Barbara Coloroso explains in her book, Extra Ordinary Evil, a Brief History of Genocide, that “once human beings feel the cold hate of contempt for other human beings, they can do anything to them and feel no compassion, guilt, or shame; in fact, they often get pleasure from the targeted person’s pain.” We unfortunately are hearing about instances of this level of contempt in our news with great frequency these days.

Bullies also rely on bystanders to carry out their acts of aggression. Bystanders come in varying forms and have different roles.  Some bystanders will stand by and watch, some will actively inspire the bully and possibly join in, and some will choose to look the other way.  The bystander may offer words of encouragement to the aggressor or may dismiss the acts of a bully by stating, “he’s learned his lesson and won’t do it again.”  These acts of omission or commission actually fuel the fire of a bully.  The bully feels emboldened when no one stands up to him or her.  These acts also effect the bystander as they become desensitized to the cruel acts of the bully.  The bullying becomes normalized.  Bullying and creating terror are never normal and they need to be called out and stopped.

It is not acceptable to let the bully continue.  It is not okay to brush bullying under the rug and hope it will end on its own.  It will not.  Standing up to a bully and labeling their behavior as hurtful and unacceptable are not easy feats, AND they are necessary.  To let bullying continue allows the perpetrator to feel that their actions are acceptable and warranted, desensitizes all who are witness to the violence, and cause great harm and distress for the target.

It’s time to make a different choice instead or normalizing such destructive behavior.

1.  Find courage.  “Pay attention, get involved, and never ever look away.” This is a quote from a Holocaust survivor.  Standing up to bullying behavior, especially if it has gone on for some time will require a stiff spine and resolution to speak up.  Labeling it as bullying and harassment is important and necessary.  Bullying in the schoolyard and from a podium are damaging acts that require us to stand up and say, “no more!”
2.  Become an upstander.  An upstander is a person who speaks or acts in support of an individual or cause, particularly someone who intervenes on behalf of a person being attacked or bullied.  An upstander will not only stand up to bullying behavior but will also come to the aid of the target.  Make it a point to be the individual who does not stand for abusive behavior.  Let others know you are there to help and support them.
3.  Become a role model.  The more that we as individuals walk in the path of compassion, inclusion, and kindness as well as standing up and speaking out about bullies and their behavior, the more likely others will follow suit.  This is not a sprint but a marathon.

The normalizing of bullying and deviant behavior needs to stop.  Become part of the solution and encourage your friends and family to do the same. Kindness and respect can be modeled to others and it can start with us today.