OUR SUCCESS STORIES AT BRRC 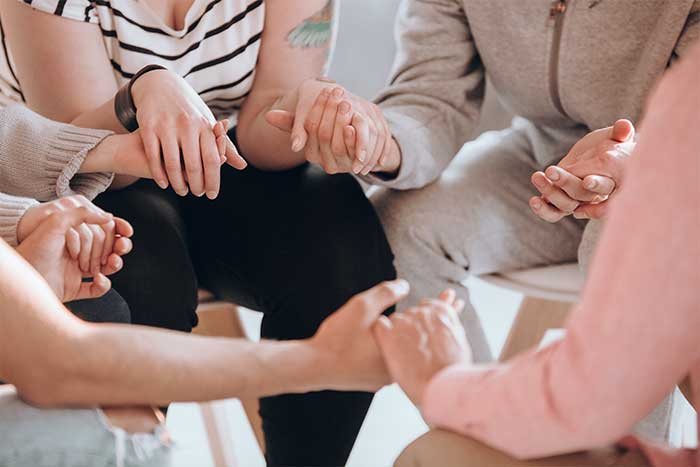 BRRC is an amazing organization, who provides support to some of the most vulnerable individuals, in what may be their greatest time of need. Dru and Tom are two of the most caring individuals, who can relate from their own personal experience to the pain and struggle that is inflicted upon victims of bullying. They offer a wealth of knowledge to others who are facing a “battle” of their own, and standing up to bullies.

My son was bullied at his former school. He has really benefited from getting to know other children who have gone through similar experiences as him. The programs the kids participate in help bring them all together and learn from each other. He has learned about what being an upstander is and he never had been exposed to that at his former school. His former school really did nothing to teach students to stop the bullying. This is a fantastic organization.

I found Bullying Recovery Resource Center in the darkest time in my family’s life. My son was being relentlessly bullied at school. I didn’t have the knowledge or education to fight back and protect him against the school, who was telling me it was conflict, not bullying. BRRC stepped up and spent countless hours on the phone with me, validating my concerns, sitting in School meetings with the District, and advocating on our behalf, when I was too emotionally drained to do it myself. Most importantly, BRRC educated me on the difference between conflict and bullying and provided me with the knowledge and confidence I needed to effectively advocate for my child and help other parents advocate for theirs.  BRRC spares no time or expense when it comes to protecting children. They have truly changed our lives.

Their cause is great in helping our youth overcome bullying and succeed in the life they are meant for.  Check out their mission and get involved in becoming an Upstander in your community.

BRRC helped us through the worst experience of our lives. They are a dedicated and compassionate group and I am extremely grateful for their support.

BRRC helped us through the worst experience of our lives. They are a dedicated and compassionate group and I am extremely grateful for their support.

“BRRC has such great advice and I appreciate you talking with my sister especially since she is in a different state.”

Blue is proud to sponsor BRRC.  They are an amazing organization who defend bullied children and helps them rebuild their lives.

BRRC offers a safe haven to help recover and increase advocacy. It is an important part of the healing process that allows families to know that they are not alone and someone has their back!

My daughter was severely bullied and suffered from PTSD, depression, and suicide ideation. After several meetings, she has been able to share about what happened to her. She has learned calming techniques and developed a support system. I appreciate that the group tells her that she has nothing to be ashamed of and didn’t deserve what happened to her. The Peer Recovery Group is great for giving support to children who have been bullied.

I am proud to be the first client of BRRC even before BRRC was created. My daughter was being relentlessly bullied at school, and the administration wasn’t stopping it. We were frustrated and felt all alone. The Ahlborg’s helped by listening, sharing their knowledge and experience, directly advocating at my daughters school, and even providing legal assistance for our meeting with the Superintendent. I am truly grateful for the Ahlborg’s and BRRC’s help and support during a difficult time for our family and proud to be an active member of the parent advocacy group to help other families.

Our son experienced bullying by a few students at his former school and was suffering some trauma from us having to quickly remove him from that environment for his safety and self-esteem. Not only did he regain confidence, he built relationships with some of the older kids, becoming part of their healing process.  The BRRC’s mission of showing kids the “good in the world” has truly been a beacon for us.  Our son regained so much confidence, that later in the year, he stood up for another student who was being picked on because of a disability.  We really feel that BRRC has made a big difference for our son.

As parents, also traumatized by what we found out our son had been going through, we were relieved to learn that we weren’t alone. The parent group has been a safe place to confide with others on our experiences.  It has allowed brainstorming and problem solving, and perhaps most importantly, healing to occur. BRRC has made a difference and we feel strongly that a program like this can have a unique and lasting impact on bullying in schools.

BOur son: he is generous; he is smart; he is athletic; he shares his lunch with the child who forgot his own and wants to be a veterinarian to help the animals he loves.  Fortunately, my son still is…

Our son was bullied at his private, Catholic school; he was physically attacked, stolen from, lied about, and socially shunned.  His best friend abandoned him for the bully.  He hated himself and was terrified to go to school.  He was convinced he didn’t matter; we were afraid of what he might do next…The school administration was fully aware of the assaults on him.  But, the school administration not only failed to take ANY action to stop the bullying but denied the existence of bullying at the school and went so far as to accuse and blame my son and us as his parents.  It was clear we were not only dealing with a child bully but an administration empowered by its own pattern of egregious, bullying behavior.

There is no way to adequately describe the depth of our despair, anger, helplessness, and overwhelming feeling of being alone at the very time we needed to be the strongest for our son.  We knew help was needed, but there didn’t seem to be anywhere to turn.  However, through a 9News report, we became aware of The Ahlborg’s own plight and their then recent formation of Bullying Recovery Resource Center.  Tom Ahlborg became an invaluable resource and friend.  He provided perspective and expertise on ways to combat the school administration’s failures, he acted as witness and advocate at meetings with the administration, and he never hesitated to just listen.  Most importantly, the Ahlborg’s limitless passion and benevolence in founding Bullying Recovery Resource Center provided a safe forum whereby we could continue to find the courage and confidence to advocate for our child.  The power behind bullying depends on fear and isolation; because of BRRC we knew that we were no longer alone.  We truly believe, in large part, that without Tom and BRRC we would not have been able to move forward to a place of healing and normalcy.

An old Confucian proverb states: “The man who moves a mountain begins by carrying away small stones.”  Bullying today is a mountain which looms over our society in increasingly ominous and deadly ways.  The Ahlborgs, in founding Bullying Recovery Resource Center, have begun carrying away those stones that so firmly perpetuate bullying.