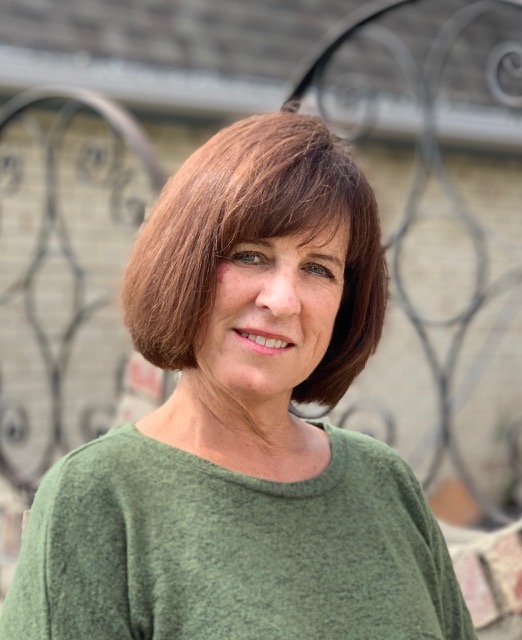 Dru is the Co-Founder and the Executive Director of BRRC, mother or two and more importantly, parent of a child who was severely bullied.  She has been tasked with building BRRC into a thriving charity that defends bullied children and helps rebuilds lives throughout Colorado.  Dru is passionate about educating families and schools about the harmful effects of bullying, advocating with families of bullying targets and holding schools responsible to STOP bullying. Her professional background includes education, human resources, training and development, and management.  She obtained a marketing degree from the University of Colorado.  She is a member of the International Bullying Prevention Association and is certified in Youth Mental Health First Aid.  Ms. Ahlborg  successfully completed the Non-Profit Leadership Development program through the Community Resource Center in Denver.  In her free time Dru can be found hiking, cheering on the Colorado Avalanche and spending time with family and friends.

Tom is a co-founder and serves as BRRC’s Chairman of the Board and Director of Advocacy.  He is responsible for working closely with the Board of Directors by administering good board governance and he also works closely with the Executive Director as she/he directs the organization’s overall impact and long-term vision.  In addition to this role, Tom is also Managing Director of Ahlborg Acquisitions, a Denver-based family venture capital firm that specializes in investing. Mr. Ahlborg also supports and mentors entrepreneurs to build successful companies.  As Tom is also a parent of a severely bullied child, he is hugely passionate about improving and creating safer schools for students.  His focus is on advocacy, educating parents, teachers, and administrators on bullying and obtaining restorative justice for bullied children.

William Ahlborg – Advisor to the Board

Bill’s background lies in investment management, finance and philanthropy. He currently is a Director at Ahlborg Acquisitions and manages several investment portfolios. Being a fourth-generation Denver native, Bill is a strong supporter of several Denver-based charities.

Cyndi Aikin is an executive in the healthcare industry.  Through a series of personal events, she has become an advocate and activist for children in her community.  Her experience has been centered around Title IX, 504/IEP and FAPE violations against students.  Cyndi believes that it is essential for those who are taking a stand against bullying or recovering from the trauma associated with their own situation, to know that they are not alone in their pain and struggle.  She has united families in her community to drive change, as well as provide resources and emotional support to those who have been impacted by bullying.  Cyndi and her husband are both Colorado natives, who spend their “free time” juggling the active schedules of their two children (and exchange students).  Cyndi is also the co-founder of a non-profit dedicated to childhood cancer research and support.

Barbara is an international bestselling author and for the past 48 years has been revered as an internationally recognized speaker and consultant on parenting, teaching, school discipline, positive school climate, bullying, grieving, non-violent conflict resolution and restorative justice. Her uniquely effective parenting and teaching strategies were developed through her years of training in sociology, special education, and philosophy, as well as field-tested through her experiences as a classroom teacher, laboratory school instructor, university instructor, seminar leader, volunteer in Rwanda, and a mother of three grown children and three school-aged grandchildren.

Curtis works in the Information Technology sector where he has spent over 25 years working as a consultant and a manager that specializes in big data and analytics.  A few years ago, Curtis bonded with some parents and teachers who had seen children being mistreated.  He made the decision to get involved and became a community activist for children.  Since then, he has met with numerous parents, the media, and local officials to advocate for effective change to protect children and provide a safe school environment.  Curtis is married to a Colorado native, has two children and believes that teaching our children how to be the best human beings possible is a top priority.

Walt is a powerful advocate for anti-bullying.  As an attorney with experience in the private sector, along with over 16 years of representing Colorado public school systems, Walt created his own practice in July 2019, Kramarz Law LLC.  His law practice focus is on upholding the rights of families, students, and employees and counterbalancing the “stacked deck” structural disadvantages and institutional power imbalances they can encounter, both in the school and in the workplace.  Walt is also a member of the Colorado Bar Association’s Civil Rights, Disability Law, and Labor & Employment Law sections.

Mindy Stubbs has been a registered nurse for seventeen years and is currently the Director of Nursing for a local health care company.  As a mother of four children, Mindy has vast experience with student on student and teacher on student bullying.  Her experience as a RN and mother have helped her to advocate for children with disabilities through the 504/IEP process and also understand the impact a diagnosis can have on a child’s education.  She has personal experience with “unseen” illnesses and how those can impact children and parents in the educational setting.  She also helps families find resources for children with disabilities that they are entitled to through the State of Colorado.  She is currently part of an effort to unite families of children with disabilities to rise up against discrimination and bullying in their school districts.  Mindy is passionate about equality in sports and bringing education to the community about Title IX (gender) issues.  She strongly believes in empowering those who have been bullied and discriminated against with the help of education, advocacy and by providing support to impacted individuals and their families.

Rick Padilla – Suicide Prevention Administrator for the City of Denver

Rick Padilla is the City of Denver’s first Suicide Prevention Administrator in the Denver Department of Public Health & Environment, Office of Community Behavioral Health. Formerly Rick was the Director of Housing Development for the City & County of Denver, in that capacity he was responsible for advancing the city’s affordable housing policies and strategy, affordable housing production and investments. In his current role he is charged with leading the City’s efforts around suicide prevention, in collaboration with City agency partners in Public Safety, Human Resources and others, a gap analysis will be undertaken, and a city-wide strategy implemented. Padilla is not new to human services having early in his career investigating child abuse & neglect, developing and managing a Juvenile Diversion Program and working for the Menninger Foundation establishing a national group home network.

Formerly the Director of Strategic Markets in the Corporate Relations and Housing Outreach Department Freddie Mac, he was responsible for new business development, lender relations, consumer outreach, and representing Freddie Mac in industry and consumer affairs.  Prior to joining Freddie Mac he was a National Business Development Manager with NeighborWorks America.

Bill is a Denver-based lawyer with a practice in corporate, business and transactional matters throughout North America, Europe and Asia.  Bill is also a certified public accountant and advises clients on legal, business and strategic planning matters.  He graduated from the University of Denver Law School in 1984, is an avid athlete and has coached youth basketball and baseball for over 15 years.  He has been married to a Denver native for almost 36 years and has three grown children.