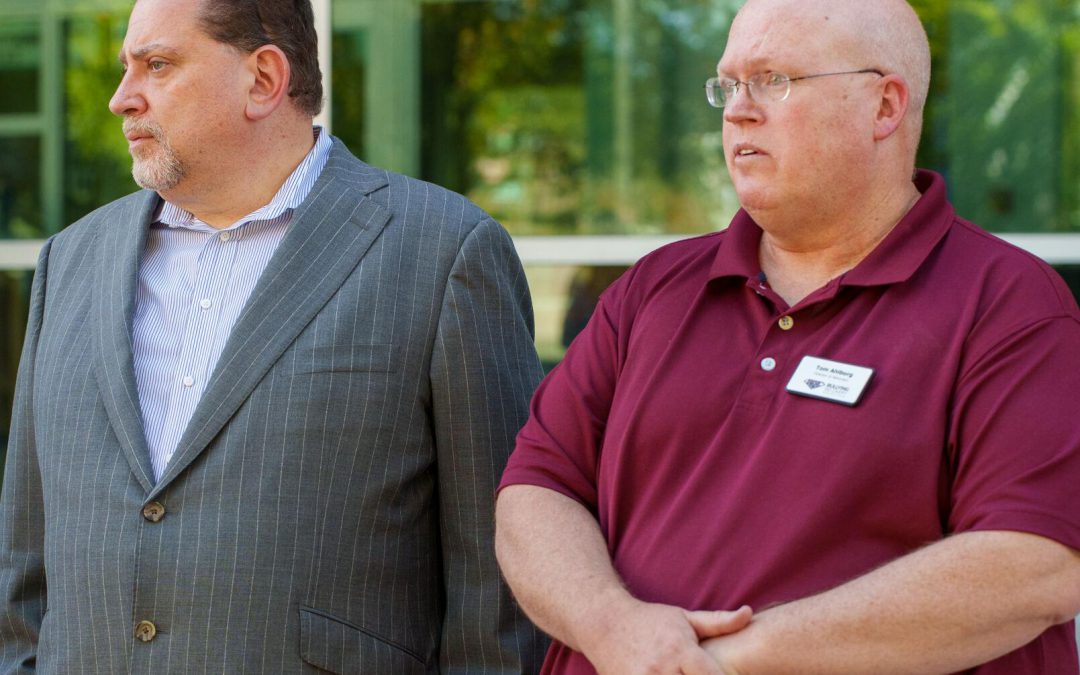 Photo used with permission from The Grand Junction Sentinel: From left:  Igor Raykin and Tom Ahlborg.

The student and the family’s names have been omitted for the safety of the student.

The suit alleges that the school failed to protect a disabled student— which the suit argues is something schools are legally required to do. A letter sent to the district on Nov. 5, 2020 details approximately 30 instances of bullying over a period of two and a half years, and the frequent urging from both the parents and BRRC to take some form of preventative measures.

District 51 issued the following statement on the suit:

“Mesa County Valley School District 51 takes the safety and security of our students and staff extremely seriously. We are aware of the lawsuit that has been filed and we will vigorously defend the allegations that have been made, in a court of law.”

The victim of the assault sustained permanent injuries, including partial facial paralysis and disfiguring scarring, and the child’s parents say that they aren’t willing to send him back to school without his safety guaranteed.

The family’s attorney, Igor Raykin, said that they have repeatedly asked the school for a safety plan, but the school hasn’t followed through on that or a number of other responsibilities. “We not only haven’t received a safety plan, but we haven’t received a special education plan from them for a long time as well. It’s up to them to know what’s going on with this child, but they’ve basically given up on that responsibility,” said Raykin.

“When we tried to help not just with the bullying, it was really identified that there was a denial of [Free Appropriate Public Education] going on prior to this with this child as well, because the evaluations they were conducting for this child was with a school nurse.” said Tom Ahlborg, Chairman and Director of BRRC. “The child suffers from some significant developmental disabilities. It’s a genetic condition. That is something that really goes beyond the scope [of a school nurse.]”

Ahlborg said that the school refused to consult experts about the child’s condition. When they requested an independent educational evaluation, Ahlborg says the school pushed back and claimed that they had to use school nurses. “It took us going out and raising the money, we actually paid for it,” said Ahlborg. “Because the school was really denying that this child needed an evaluation. Obviously, when it came back, he needed that evaluation.”