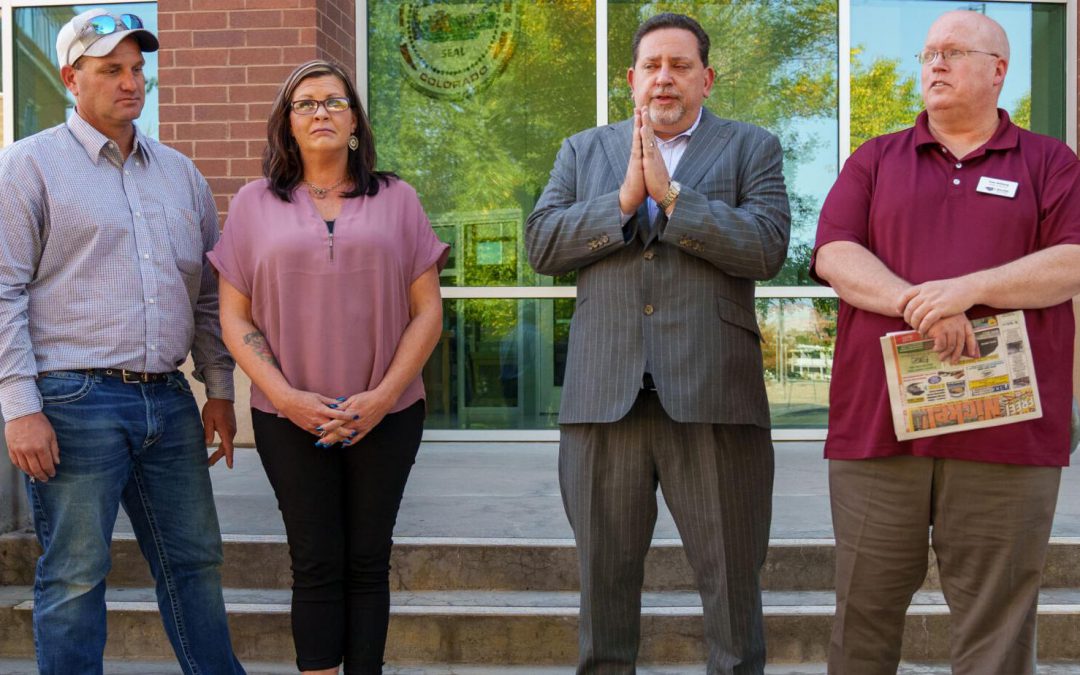 A Grand Junction family recently filed a civil lawsuit against Mesa County Valley School District 51, alleging that the district failed to protect their child from consistent abuse and bullying in school.

Amber and Nathan Harford, with the assistance of anti-bullying advocacy group Bullying Recovery Resource Center, sent a Gebser Letter — a letter that formally notifies a school or district about allegations of bullying — to the district in December 2020, detailing abuses against their child while they were enrolled at Orchard Mesa Middle School.

The letter included incidents reported to Orchard Mesa Middle School and District 51 from the fall 2018 to fall 2020 semesters, including an incident in which the child was hit 27 times in the head by a fellow student while a group of students filmed the assault, an incident that Bullying Recovery Resource Center Chairman Tom Ahlborg said has still left the child’s face partially paralyzed because of bell’s palsy.

“He’s been ruthlessly targeted. He hasn’t been in school for two years,” Ahlborg told The Daily Sentinel. “He’s been going to online school, but he’s never been back in-person to school, not because of the pandemic but because school’s just not safe for him. Obviously, a developmentally disabled kid or special-needs kid doesn’t thrive with online learning. However, there’s not really been a lot of options for the district.”

Because of that alleged lack of options from the district and a general sentiment that the district hasn’t prioritized their concerns, the Harfords at the start of September filed a lawsuit against District 51 under the Claire Davis School Safety Act, which waives a school or district’s sovereign immunity if it failed to provide “reasonable care” for students who are victims of murder, violence or sexual assault.

The law is named after an Arapahoe High School student who was shot and killed at the school in 2013 by a fellow student.

“We’ve been trying to work with the School District and we’ve just gotten nowhere as far as their accountability,” Ahlborg said. “For so long, they wouldn’t even offer protection to this kid. They were just trying to force him back into school…. The school district has just dragged their feet, so finally, this is a lawsuit that’s been filed against them.”

District 51 provided the following statement to The Daily Sentinel:

“Mesa County Valley School District 51 takes the safety and security of our students and staff extremely seriously. We are aware of the lawsuit that has been filed and we will vigorously defend the allegations that have been made, in a court of law.”

The Bullying Recovery Resource Center, partnering with the Montrose-based organization PEER Kindness, spearheaded efforts to get the state to expand its anti-bullying laws in the past few years. Gov. Jared Polis signed Jack and Cait’s Law into effect in June 2021.

Jack and Cait’s Law requires the Colorado Department of Education to use a stakeholder process when updating its policy for bullying prevention. The process must include parents of students who were subjected to bullying. This policy clearly identifies the difference between a conflict and bullying, as well as harassment and bullying. The law also clarifies the role of cyberbullying during online instruction, whether off or on school property.

The law was named after two students in Colorado who died by suicide: Montrose’s Caitlyn Haynes in 2015 and Cherry Creek’s Jack Padilla in 2019. Haynes’ parents founded PEER Kindness shortly after their daughter’s death and Padilla’s father sits on the Bullying Recovery Resource Center Board of Directors.

For Ahlborg, the best way to honor these parents and their children’s legacies is to use the legislation their deaths inspired to hold school districts accountable when students’ cries of bullying are seemingly going unheard.

Ahlborg said that his organization is going to be involved in lawsuits against other districts, but this lawsuit against District 51 is the Bullying Recovery Resource Center’s first major civil suit involvement “because it’s so horrifying what’s happened to this young man.”

“Now is the time for these types of lawsuits to happen. Now’s the time because bullying is just out of control in schools,” Ahlborg said. “After Jack and Cait’s Law was just put in that schools are now supposed to investigate bullying and are required to ask about the imbalance of power and investigate whether that’s apparent… now is the time to really get school districts’ attention to properly investigate bullying so they don’t end up in Mesa County School District 51’s shoes.”