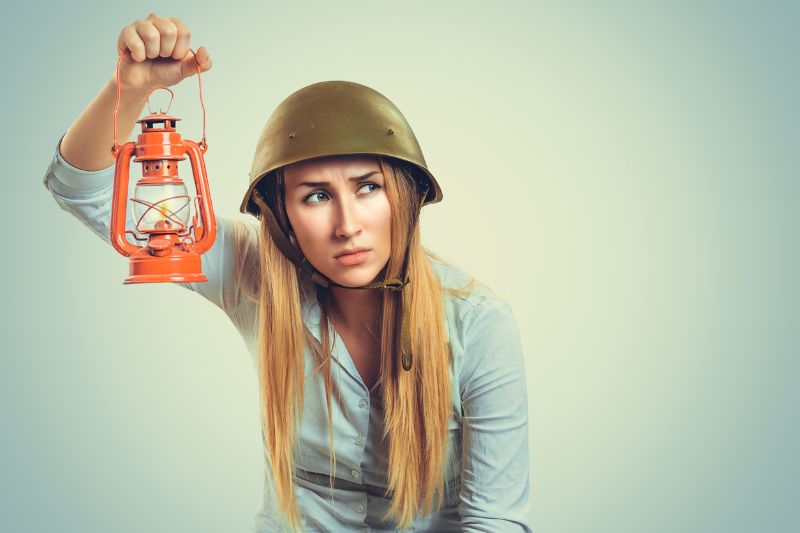 “Don’t let someone who did you wrong make you think there’s something wrong with you.” –Trent Shelton.

Gaslighting is a form of psychological manipulation in which a person or group covertly sews the seeds of doubt in a targeted individual or group, making them question their own memory, perception, or judgement. It often evokes in them cognitive dissonance and other changes including low self-esteem.  Gaslighting involves a pattern of abusive behaviors with the intent not just to influence someone, but to control them.

As bullying is an exploitation of a power imbalance with the intent to harm, gaslighting is a method the aggressor can choose to bully someone else. These tactics are sometimes difficult to identify, especially in relation to a bully and his or her target.  Highly successful bullies are crafty at manipulating and can be masters of gaslighting.  Additionally, gaslighting can be employed not only by the bully and his or her henchmen, but also by school officials who want to deny bullying.

Gaslighting techniques and examples of them are as follows:

Withholding – The abuser feigns a lack of understanding or refuses to listen or share their emotions.  Bullies will use this as negative peer pressure and bait the target into believing they are a friend and asking the target to do things they don’t feel comfortable doing.  The target will refuse to listen to rational thoughts or reason why the target is unwilling to do the act for their friendship.

Countering – The bully will call into question the target’s memory in spite of them having remembered it correctly.  Countering also includes blaming or scapegoating. The tormentor will twist the words of the target and can actually change the narrative so that they now become the wronged party.

Blocking and Diverting – The perpetrator changes the conversation from the subject matter to questioning the target’s thoughts and controlling the conversation.  Many times, the bully will belittle the target, especially in front of others.

Trivializing – The bully attempts to make the target believe that his or her thoughts aren’t important.  Name calling and shaming in front of others often occurs as well.

Forgetting and denial – This is when the bully pretends to forget things that really occurred.

Gaslighting is emotional abuse and can create deep and lasting scars.  It can cause the bullying target to begin to doubt their own thoughts, memories and actions.  Gaslighting left unabated can cause children to feel confused, hopeless, second-guess themselves constantly and have their sense of self-esteem torn down.

This form of manipulation can ultimately blame the target of bullying for the actual act.  When gaslighting is perfected, especially by a high-status, social bully, the target can be the child who is ultimately punished for being bullied.  A child who has high-status in the school with his or her peers and also with teachers and administrators can gaslight their target and ultimately have others believing that the bullying was caused by the target, or even worse, that somehow, they deserved to be bullied.

This form of bullying is not just dispensed by children in schools, but also by adult school officials and administrators.  Putting a stop to bullying takes much work, effort, and time.  When schools don’t want the stigma of bullying identified with them or the trouble and work of dealing with it, they will often turn bullying into conflict to avoid issuing effective consequences.  Conflict occurs with two equal parties where bullying always involves in imbalance of power and is dealt with entirely differently. Schools that don’t properly investigate, issue effective consequences and blame the target are in actuality gaslighting the target.  Furthermore, school officials and administration can also do this to families of bullied children as well.  We have witnessed school officials and administration relying on their credentials and experience in lieu of proper investigation and putting a stop to the bullying.

Gaslighting is insidious and was implemented by the children and the school administrators that bullied my son and our family years ago.  Being gaslit by a group of people with more power and status caused almost an entire community to turn on our family.  We are not the only ones.  Many of our families that we have helped over the years through BRRC have been subjected to gaslighting as well.  This type of psychological warfare can further harm the bullied child and tear a family apart.

Another group who are frequently gaslit are upstanders to bullying.  (An upstander is a person who speaks or acts in support of a person being bullied.)  Upstanders are frequently told that they don’t understand what they witnessed and are making a bid deal out of nothing.  One of the children who defended my son and attempted to report the bullying was later told he was mis-informed and what had happened to my son wasn’t what he thought it was.

Gaslighting can be extinguished and recovered from.  If a target realizes they are being manipulated in this way and that they are not misinformed or crazy, that can begin the healing as the manipulation will no longer have the same effect on them.  It is important to note that bullies who employ gaslighting techniques successfully will likely not change their behavior.  Putting time and distance between the bully and the target will help as well as working on self-esteem and finding a safe, trustworthy adult and friend.  Sometimes professional help is warranted.  When gaslighting has torn away a strong sense of self and brought on feelings of hopelessness and depression, a professional is needed to help rebuild and rebound.

Understanding and realizing that you or your child has been subject from this form of manipulation by a bully is the first step at getting away from it.  When a child realizes they didn’t deserve to be bullied, and they have been harmed, they are not wrong or crazy then they can begin to heal.  Bullying of children in any form should not be tolerated and needs to be stopped by adults.