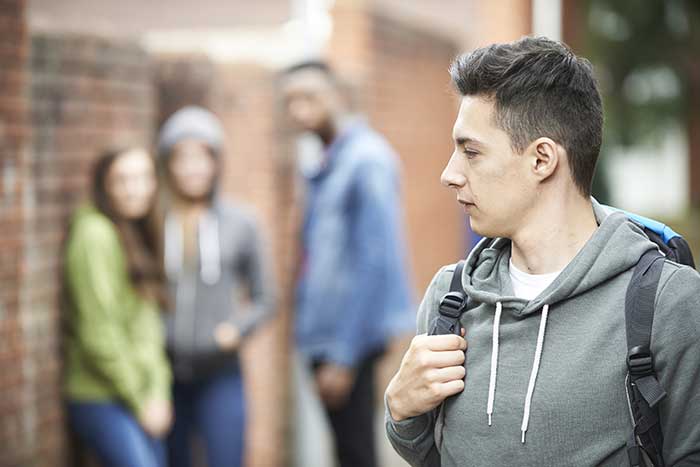 What is and isn’t Bullying

What is and isn’t Bullying

Bullying is never fun, it’s a cruel and terrible thing to do to someone. If you are being bullied, it is not your fault.  No one deserves to be bullied, ever.
~Raini Rodriguez

The 2019 National Center for Educational Statistics reports one out of every five (20.2%) students report being bullied. That number has increased from one out of seven students about a decade ago. Additionally, the same study reports that 41% of students who reported being bullied at school indicated that they think the bullying would happen again. Another alarming statistic states that only 46% of bullied students report notifying an adult at school about the incident.

Our organization provides education about bullying and how to advocate for children who are targets of bullying. Knowing what bullying is and how to identify it is the first step in properly advocating for it to STOP.  It is also important to identify what isn’t bullying and to properly label and help children navigate that behavior as well. The following is adapted from Barbara Coloroso’s book The Bully, The Bullied, and the Not-So-Innocent Bystander and will provide a quick review of what is bullying and also, what is NOT bullying.

Barbara’s definition of bullying states, “bullying is conscious, willful, deliberate, offensive, malicious, or insulting activity that is intended to humiliate and harm the target while providing the perpetrator(s) pleasure in the target’s pain or misery. It often induces fear through further aggression and can create terror. It can be verbal, physical, and/or relational; it can have as its overlay race, ethnicity, religion, gender, sexuality, sexual identity, sexual orientation, physical or mental ability, weight, allergies, or economic status. It can be, and often is, persistent, continual, and repeated over time, but it does not have to be. Once is enough to constitute bullying.”

Bullying will always include three markers:

When bullying escalates unabated, a fourth element is added:

Before we delve into what isn’t bullying, it is incredibly important to note that many times bullying is labeled as conflict. It is critical that an investigation be completed anytime bullying is reported. If the act includes an imbalance of power (real or perceived), intent to harm, and the threat of further aggression, the act is indeed bullying and needs to be stopped.

An ignorant faux pas occurs when a person uses a racist, sexist, ageist, physical-attribute or mental-ability stereotype statement to another person. A faux pas generally does not have the markers of bullying. Making these type of statements may be based on ignorance or apathy.  Examples of these type of statements may include: “He runs like a girl.” “She’s dumb as a doornail.” “That’s so retarded.”

Indeed, statements like these are hurtful. With children in particular, these crude and offensive statements can be learned at home, at school or through the media. Adults in charge can educate children about the stereotype or bias that the statement conveys and the impact it can have on others. Coaching can be used to let the child know that type of statement isn’t tolerated and to help them find more intelligent and creative ways to express themselves. These type of statements are crude and offensive and can set the stage for bullying, however at this point, it is not bullying.

Aggression that is spontaneous, indiscriminate striking out that has no intended target is not bullying either. These type of aggressive acts are usually reactionary and emotionally charged. Many times they are related to a physical or mental disability. They should not be dismissed or excused. It should be noted that impulsive aggression may also be a response by a child who is being bullied and is not bullying, but a reaction to by bullying.

Barbara Coloroso states that conflict is “normal, natural and a necessary part of our lives.”