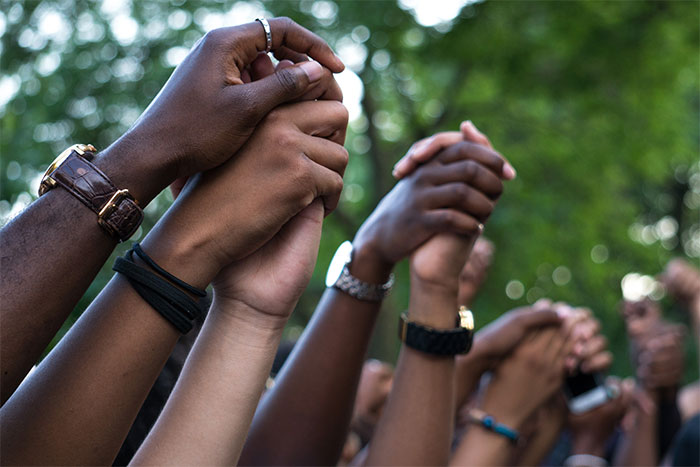 “No human race is superior; no religious faith is inferior. All collective judgments are wrong. Only racists make them.” ― Elie Wiesel

July is National Minority Mental Health Awareness Month.  This is observed to bring awareness to the unique struggles that racial and ethnic minority communities face regarding mental illness in the United States.  Not only is this an issue that needs to be addressed, but the Covid-19 pandemic has made it more challenging for racial and ethnic minority groups to get access to mental health services.  Covid-19 has also opened the door for heightened harassment and bullying of Asian American and Pacific Islander.

The definition of racism includes prejudice, discrimination and antagonism directed at others because of a different race based on the belief that one’s own race is superior.  Racial bullying therefore is a type of racism where an antagonist’s bullying focuses on race, ethnicity, or culture.  This type of bullying is also referred to as prejudicial bullying.  It arises from a misguided or learned belief that certain groups of people deserve to be treated differently or with less respect.  Sadly, and all too often, this type of bullying is severe and can open the door to hate crimes.

Anytime a child is bullied because of race, religion, or sexual orientation it should be reported.  Do not ignore the bullying or hope it will end.  There is too much risk it will escalate.

What creates a racist bully?

Historian George Fredrickson in his book Racism: A Short History tells us that “racism exists when one group or historical collectivity dominates, excludes, or seeks to eliminate another on the basis of differences that it believes are hereditary and unalterable.”  He further explains that racism is a social behavior in which the dominant group (bully) collectively oppresses the targeted group (target).  The target or targeted group is seen as different than the dominant group and therefore is “less than.”

Author, Barbara Coloroso in her book The Bully, the Bullied, and the Not-So-Innocent Bystander explains that racist bullying is a learned behavior.  She states “kids have to be taught to be racist before they can engage in racist bullying.  Racist bullying takes place in a climate where children are taught to discriminate against a group of people, where differences are seen as bad, and where common bonds of humanity are not celebrated.”

Why is racist bullying especially troublesome?

I ran across a statistic that brought me to tears.  Pediatrics Publication reported that between 1991 to 2017, suicidal attempts among Black teenagers rose by 73%, while attempts among white teenagers decreased.  Not all adolescents who attempt suicide have been bullied, however studies have suggested that as much as 50% of teens who attempt to take their life have been bullied. Stopbullying.gov reports that Black and Hispanic youth who are bullied are more likely to suffer academically than their white peers.  Furthermore, two separate studies report that bias-based bullying is more strongly associated with compromised health than general bullying and race-related bullying is significantly associated with negative emotion and physical health effects.

Take action/What you can and should do

The US Department of Education Office for Civil Rights declares that “if you believe a student has been treated unfairly – for example, treated differently, harassed, bullied, or retaliated against – because of their race or national origin, there are a number of actions you can take:

Additionally, if you live in Colorado, you can contact the Colorado Civil Rights division and file a complaint there as well.

Discrimination and racial bullying are wrong, unlawful, demeaning, and can cause grave harm. Under Title VI of the Civil Rights Act, discrimination based on race, color, or national origin in programs and activities receiving federal financial assistance is prohibited.  Your educational institution must respond to instances of discrimination or harassment on the basis of race, ethnicity, or national origin that deny or limit your ability to take part in and benefit from your school’s educational programs and activities.

Bullying Recovery Resource Center can help as well.  If you know a child who is being racially bullied and are unsure how to proceed, we can help.  We offer advocacy help for parents and caregivers to empower them with the tools to stop bullying.  We can also help file complaints with Civil Rights offices, discuss options that work for your family, and create a bridge to healing.

In May, the Pursing Equity in Mental Health Care Act (H.R.1475) passed out of the U.S. House and was introduced in the U.S. Senate (S.1795) shortly after.  This legislation would work to reduce racial disparities in mental health care in several ways, including:

If you are interested in supporting the passage of S1795, please urge your U.S. Senators to support the Pursuing Equity in Mental Health Act.